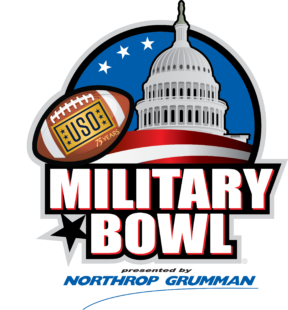 Temple put together a wonderful season that was perhaps a bit too good as head coach Matt Rhule was plucked away to lead the Baylor Bears. Florida defensive coordinator Geoff Collins will lead the program after the bowl game, but assistant head coach and tight ends coach Ed Foley has been tapped to head up the bowl effort.

It’s no small deal either. Temple is trying for a single-season school record 11 wins and they’ll have to get through pesky Wake Forest to do it. To this point, the Owls have only lost to bowl-bound teams with an opening loss to Army and seven-point losses at Penn State and Memphis.

Temple absolutely throttled No. 19 Navy in the AAC title game 34-10 and the Owls enter this matchup on a seven-game winning streak.

Wake Forest had some tough losses this season including a 17-6 defeat at No. 14 Florida State that saw the Demon Deacons put together four drives to the opposing 25 without a touchdown. Losses to Louisville and Clemson were to be expected, but close ones to Army and Boston College show that Wake still struggles with multiple levels of talent.

The records certainly favor Temple, but once you look at the rosters the real challenge for Wake Forest becomes apparent.

Senior quarterback Phillip Walker has led the way for the Owls with 2,899 yards, 20 touchdowns, and 12 interceptions. The turnovers are a bit high which has dragged down his passer efficiency rating of 140.9, good for 42nd nationally.

Second-year receiver Ventell Bryant is Walker’s top target. The 6’3″ sophomore caught 43 passes for 744 yards and four scores. He’s got good hands and his size makes him a difficult matchup for any defense.

The offense primarily relies on its ground game led by a pair of terrific running backs.

Ryquell Armstead is an exciting sophomore who ran for 918 yards and 14 touchdowns this season. He has tremendous breakaway speed and his play will be a major factor in who wins this game.

Not to be outdone, senior Jahad Thomas also ran for 918 yards with 13 touchdowns of his own. He also caught 32 passes for 426 yards and six scores. Thomas is definitely the more complete back as Armstead has only caught four passes this season. Slowing down the two-headed monster will be imperative for Wake Forest to have a shot at the victory.

The Owl defense is currently ranked third in the country in total defense allowing just 275.9 yards per game. Temple comes in ranked seventh in scoring defense with 17.2 points per contest for opponents.

Wake Forest has been offensively challenged to put it mildly this season. The Demon Deacons enter the postseason 125th in total offense out of 128 teams.

Quarterback John Wolford has been forced to shoulder the load after Kendall Hinton was injured earlier in the year. Wolford has performed with mixed results, completing 55.7 percent of his passes for 1,591 yards with seven touchdowns and nine interceptions. He also added 523 yards and six touchdowns rushing.

Matt Colburn leads the team in rushing with 566 yards and a touchdown with Cade Carney just behind Wolford with 518 yards and five scores.

The bright spot for the Demon Deacons has been on the other side of the ball where Wake is 39th in total defense this season. That number is even more impressive when you consider the strength of the ACC slate mentioned earlier. Wake absorbed a couple of drubbings and still has a solidly rated defense.

This game really favors Temple and while anything is possible — especially in bowl games — it’s difficult to envision a way for Wake Forest to pull off the upset. Even though they lost their head coach, Temple is the superior team and program by a wide margin.

See below for preview video from Mike McDaniel and Mark Rogers, as well as the score prediction for the Military Bowl.

Get the Sabre Edge!